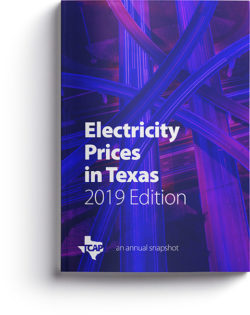 But a new analysis from the Texas Coalition for Affordable Power shows that the persistent price gap has dwindled to the narrowest point ever recorded – and that it has almost vanished altogether. Average residential electricity prices in areas with competition also have decreased precipitously during a recent 10-year period, while they slightly increased in areas without competition.

These findings and more are included in the new Snapshot Report on Electricity Prices found on the TCAP website. Taken together, the findings suggest that the state’s 17-year-old deregulated retail electricity market is delivering some of its best results so far for residential consumers.

“This is an encouraging report for Texans purchasing power from the state’s competitive providers,” said TCAP executive director Jay Doegey. “Although average residential electric prices in deregulated areas have remained higher over the years than prices outside deregulation, the gap is the narrowest we’ve seen — by far. Our hope is that this gap disappears altogether in future years.”

However, not all the news is good for Texans living with retail electric competition. For instance, more limited surveys of individual deregulated-exempt municipal and vertically integrated utilities show several in early 2019 delivering better electricity prices than all competitive providers included in the surveys.